If you can't already tell, food is a big part of why I love travel. When I was a kid, I was a picky eater and I wouldn’t branch out and try anything. I’m glad I grew out of that because wow oh wow, food is great.

As an ode to my love of food, I thought I would share my top five meals from my trips this year. This is going to take a lot of strength on my part because I rarely find food I don’t like, but I will do my best.

Dessert at Eme Be Garotte

By far the fanciest meal of the year. Also, the most unique. This was during our trip to Spain in May. We flew into Barcelona and the road tripped to Bilbao. San Sebastian is about an hour a way, so we spent a day there as well and made a reservation for Eme Be Garotte before the trip.

I had never experienced a Michelin-rated restaurant before this. It’s just not in the usual budget. But, I was lucky enough this year to splurge and go for it.

The restaurant space was beautiful. Each of the tables are nestled in between large, wooden wine casks. There are basket-woven lanterns hanging from the ceiling. It’s a cozy, yet upscale feel.

We opted for the tasting menu, which was at least seven courses. I wish I could remember each one. If I had known I would be starting a blog at the time, I would have done much better documenting. But, I remember the highlights being a fish soup, steak tartar, a sirloin with creamy potatoes, and a raspberry vanilla ice cream.

It was more art than food. Everything was so interesting and fresh. I almost can’t compare it to anything else I’ve ever tasted, but I would definitely recommend the experience if you ever have a chance to get to San Sebastian.

We went to visit my sister, Phoebe in Brooklyn over my birthday weekend. It was a super quick trip, but we had a great time. After spending the day mostly in Manhattan walking around Central Park and checking out Juilliard (Phoebe works there. I have to brag), we went back into Brooklyn. For dinner, Phoebe recommended a chicken place that was literally right across the street from her place. Mad for Chicken was the name. Tasty chicken was the game. I still find myself thinking about this chicken sometimes. It definitely had an asian fusion vibe. Crunchy fried chicken with the perfect sweet, spicy, sticky sauce. It was just the right amount of crunch, which I think is hard to do because the sauce can so easily soften the chicken. I don’t know what kind of black magic they used to make it not do that, but I need to know. 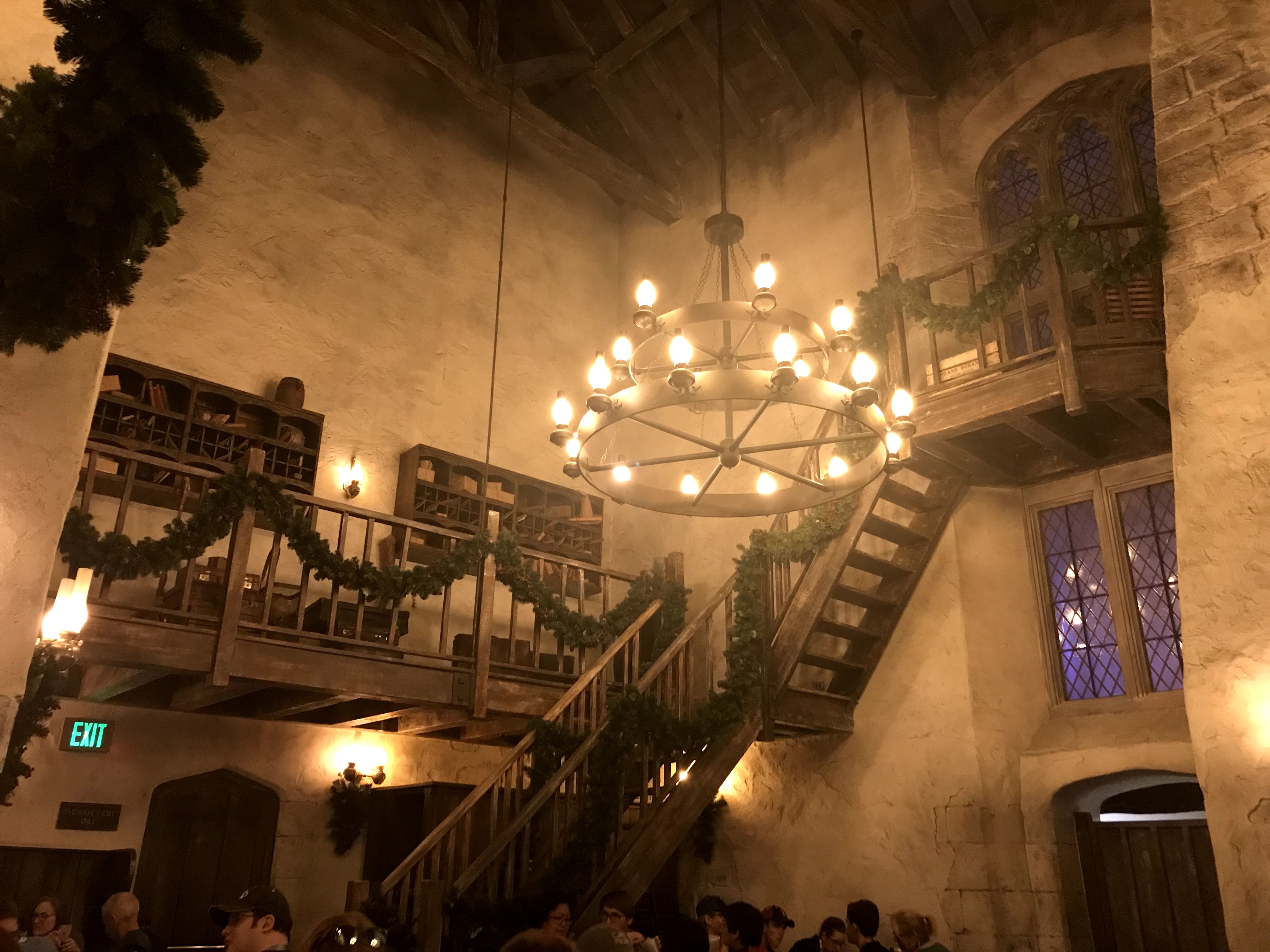 Inside The Leaky Cauldron

A dream come true. I got to eat at The Leaky Cauldron in Harry Potter World in Orlando. I am such a Potterhead, and I thought a trip to Harry Potter World would be far away, but shortly after Andrew and I started dating, he mentioned a New Year’s trip to Orlando and I was IN. Walking into Diagon Alley gave me chills. We decided to grab a bite and walked into The Three Broomsticks. More chills. All of the theming in the park is so spot on. It looks just like an English cottage restaurant. Everyone is in character. Honestly, they could have fed me gruel and I still think this would have made the best meals list. But, I ended up getting a bangers sandwich, and it was delicious. We also got to try warm butterbeer. The moral of this trip and this meal is that I am a witch and I went to Hogwarts and I don’t care what you think.

An obviously wonderful thing about Spain is tapas. You’d think small plates would be annoying, but it’s genius because you can try so many things. We had several tapas dinners in Spain, but the market in Bilbao was my favorite. I also learned that in Bilbao, they actually aren’t called tapas, but pintxos. The market is set up in a building that I can only compare to a mall set up in the U.S. It’s sort of like a food court, but much prettier because it’s Spain and everything is gorgeous. Each stall has different offerings. Lots of chicken and beef pintxos, paella, fish, gelato. In the center there was a bar with everything you could ever want. I had so much fun walking around and buying different bites. I would say the best things were these chicken skewers on a piece of toast with a white pepper sauce. It was like a Spanish version of white barbecue sauce (a very Alabama thing).

Andrew and I toasting at Blueprint on 3rd. I had their old fashioned.

I wanted to round it out with one from my hometown, Birmingham! Andrew and I went to Blueprint on 3rd in October to celebrate our one year anniversary. We haven’t gone out locally a lot in the last several months because we’ve been moving and trying to save money, so I was very excited for a special occasion dinner. Birmingham has some really wonderful restaurants. We have been making lists of the best foodie cities in the U.S. for years now. Blueprint is a relatively new place, but I’ve always heard great things.

We started with crispy calamari. For the entree, I ended up getting a braised beef bowl. Andrew has a mushroom pasta dish. My dish included the braised beef with carrots, onions, and smooth mashed potatoes. It was like an upscale pot roast. We ate so much and it was so delicious that we both felt like we would never eat again.

Blueprint’s menu is seasonal, so I’m looking forward to going back at some point in the coming months to see what else is on the menu. If you are in Birmingham, I highly recommend giving it a try!